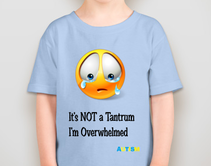 Researchers at the University of Toronto have discovered that autism, attention deficit hyperactivity disorder (ADHD) and Obsessive Compulsive Disorder (OCD) all have “disruptions in the structure of the corpus callosum” in the brain. The corpus callosum is a nerve fiber bundle that links the left and right hemispheres of the brain. Results of the study were reported in the July 1, 2016 issue of the American Journal of Psychiatry.

Researchers noted two caveats. There were changes in only a small section of the corpus callosum in the autism, ADHD and OCD brains; therefore, the clinical meaning of the changes is unclear.  Secondly, “movement in the scanner” by the children could not be ruled out as affecting the differences in the three groups of children.